Dave Marston | Writers on the Range 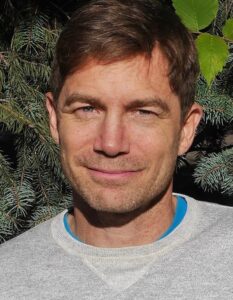 At every Thanksgiving dinner, my family asks everyone around the table to say what they’re grateful for. It puts new guests on the spot, so sometimes they just thank the hosts — an easy out that makes it harder for anyone else struggling for a good answer. I’ve been in that position, but this year I know what I’m grateful for.

That’s because, after years away, I’m back in the West, living in Western Colorado, near millions of acres of public land. If the love of wide-open spaces defines a westerner, then our region gives us lots to love.

Alaska, which is 95.8% public land, may be king among all states, with so much wide-open space available to everyone, but Nevada is close behind at 87.8%, and Utah is next at 75.2%. Idaho ranks third at 70.4% and Colorado has 43.3%, with most of that land west of the Continental Divide.

Until moving back, I hadn’t thought about public land being vital for anything as basic as cutting firewood. Yet in most states without much accessible public land, firewood is an expensive proposition. Here, from May through October in Colorado, it’s ours for the permit, which costs about $4 to $10 for a cord of wood. That’s enough to fill a full-size pickup bed four feet high.

How much do you need? I’m told three cords add up to “just getting by” in Montana or Wyoming, but true winter wealth is more like six cords. While you’re gathering wood, you can also scout for a Christmas tree. That requires just an $8 permit — a world away from pricey conifers grown on a tree farm.

Writer Dave Stiller’s firewood-gathering advice is to take blowdowns or the slash piles left by logging companies. Once you’ve finished gathering, according to the Forest Service, “revisit and monitor the effects of your harvest … Become a steward of that place as you study the plants and how they respond.” In other words, think like an owner who cares about the land over the long haul.

Patrick Hunter, a sustainability studies student at Colorado Mountain Community College in Carbondale, thinks our public lands embody a “generational legacy” that’s become a cornerstone of our democracy. From young to old, the diehard fans of public lands are volunteers from nonprofits who “adopt” a trail, constructing and advocating for them.

Political cartoonist Rob Pudim tells of hiking a trail he’d worked on for several summers and feeling an onrush of possessiveness: “I own this land,” he recalls thinking. In a way, he’s right. We do own this land, though it is managed — even if we rarely see a ranger — by federal agencies.

No one knows how many people have gone to public land with one solemn purpose: to throw ashes of their dead into a stream or launch them into the air from a mountaintop, a practice that’s allowable in most Western states’ national forests. It forever connects someone to that particular place outdoors.

And for a lot of us, the best of life can be what happens during a summer of camping, mushroom hunting, fishing, wildlife watching or just “getting out there.” Some hunters also become advocates for wildlife and public lands, championing public access.

Still, the damage we’ve done to public lands in the West is visible and remains — mining, drilling, dam building, nuclear bomb testing and dumping nuclear waste piles along rivers and other sensitive places. Because of that legacy, the EPA Superfund program, finally established in 1980, aims to restore these lands, some so altered that no real fix is possible.

Public land also serves as a link to modern history. Throughout the West we can still see architectural marvels built by Indigenous peoples hundreds of years ago. And ghost towns that were once small cities continue to fascinate us as we think about the economic jolt that triggered their abandonment.

Today, we’re experiencing a similar jolt as increasing aridity alters how the West works. Or doesn’t work. Meanwhile, as we struggle to figure out what we’ve got to do to adapt, at least I know what I’ll say this Thanksgiving. I am forever grateful to the public land that gives us room to breathe.

(Dave Marston is publisher of Writers on the Range, writersontherange.org, an independent nonprofit dedicated to lively discussion about the West. He lives with his family in Durango, Colorado.)